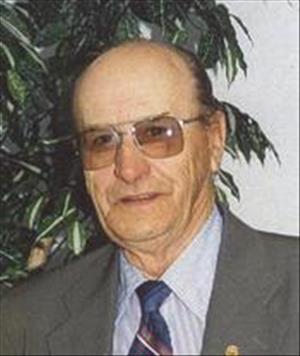 Don was born June 27, 1913, in Welcome, Minnesota, to Oscar and Clara (Martens) Gerhardt. He received his education at a country school near Welcome. He farmed with his family in rural Welcome until 1948, when he moved to Hoffman.

In Hoffman, Don farmed small grain, dairy cattle, hogs, chickens and ducks. He also did custom spraying and baling. He then became a seed salesman for Cargill. He was a territory manager including 30 counties in Minnesota, South Dakota, and North Dakota. He had served on both the Welcome and School District #32 school boards, the Zion Lutheran Church Board, and as a 4-H adult leader. He was a past president of the Barrett Civic & Commerce Association. He taught community education classes and served on the Community Education Advisory Board.

Don enjoyed fishing, hunting, gardening, woodworking, and traveling. He was a volunteer driver for any organization or person who needed drivers. He enjoyed playing games and cards with his grandchildren and enjoyed time spent with his family.

Visitation: 4-6 p.m. on Monday, March 14, 2011, at Peace Lutheran Church, Barrett; and resuming one hour prior to services on Tuesday.