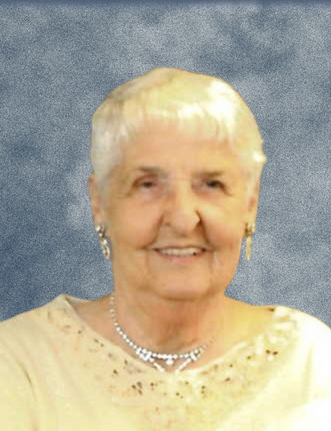 Delores Gilbertson,95, of Alexandria, formerly of Kensington, died on Saturday, August 6, 2022, at the Alexandria Assisted Living.

Delores Eldora was born on January 15, 1927, in Remer, MN, the daughter of Henry and Elvina (Ziesemer) Bethke. She was baptized and confirmed into the Lutheran Faith. Delores graduated in 1945 from Brooten High School where she participated as a cheerleader and in Drum Corps. After high school Delores moved to Minneapolis when her boyfriend, Levan Gilbertson enlisted in service and she worked in Civil Service, making travel arrangements for soldiers.

On April 4, 1946, she married Levan Gilbertson while he was on military leave. The couple farmed for their adult life, starting out in Sunburg, MN, then moving to Alexandria, Glenwood and in 1955, bought their farm in Kensington where they would call home. The couple were blessed with four children, Lee Ann, David, Nancy and Lori. In 1986, they moved to their home on Freeborn Lake and in 2009, moved into the town of Kensington.

Delores was an active member of the Legion Auxiliary, ladies aid and church choir. Delores was also a longtime volunteer at the Senior Center serving noon meals.  She enjoyed bowling, playing cards and attending rummage sales with the ladies. She could often be seen on the dance floor with her husband, Levan dancing to their favorite tunes. Delores was an excellent baker, often baking bread or caramel rolls for her family and friends, and no one ever left her home hungry. God bless the memory of Delores Gilbertson.

She was preceded in death by her parents, Henry and Elvina; husband, Levan; daughter, Lori; three brothers, Valdemar, Wilmer and Norman Bethke and a sister, Darlene.

Funeral Service: 1:00 P.M., Wednesday, August 10, 2022 at First Lutheran Church in Kensington, MN, with a visitation one hour prior to the service.

To order memorial trees or send flowers to the family in memory of Delores Gilbertson, please visit our flower store.