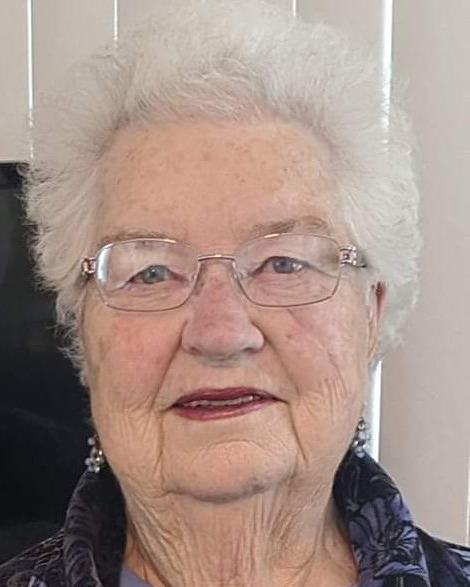 Delores Gabrielson, 85, of Hoffman passed away on October 18, 2022, at Diamond Willow Assisted Living in Alexandria Minnesota. Visitation will be held on Friday, October 28 from 5pm to 7pm, with a Prayer Service at 6:30 pm at the Erickson-Smith Funeral Home in Hoffman, MN.  A Funeral Service will be held Saturday, October 29, at 11 am at the Messiah Lutheran Church in Hoffman, MN with Pastor Mark Mathews officiating. Interment will take place in Bethel Cemetery following the service.

Delores Ann “DeAnn” (Sandberg) Gabrielson was born December 8, 1936, in Granite Falls, Minnesota to Ellsworth Roosevelt and Laura Christine (Abel) Sandberg. She grew up on the family farm near Granite Falls, where she was Baptized and a member the Granite Falls Baptist Church. She graduated from the Granite Falls school district and worked at the Montevideo Hospital prior to her marriage.  On March 24, 1956, she married Russell Dean Gabrielson.  Following their marriage, they farmed together around Big Bend/Milan, Minnesota.  They were very active members of the Big Bend Lutheran Church. She was Sunday School Superintendent, Ladies Aide President, Sunday School Teacher, Big Bend Birthday Club member.  In 1987, they relocated to their summertime home at Red Rock Lake by Hoffman. Delores worked at the Douglas County Hospital in the housekeeping department, before retiring. After Russell retired, they decided to take a trip in the winter of 2000 to Apache Junction, Arizona to visit his snowbird siblings.  They went down for two weeks and came home three months later after purchasing their own place in the retirement park. They enjoyed fifteen years of the snowbird life, with lots of memories, beautiful tans all year round, and made fabulous lifelong friends.

Delores and Russell had five children to the union of their marriage, Julie, Lynn, Janelle, Larry and Jeanette.   Delores’s husband, children and grandchildren were very important in her life, along with all the friendships she made.

To order memorial trees or send flowers to the family in memory of Delores Ann Gabrielson, please visit our flower store.