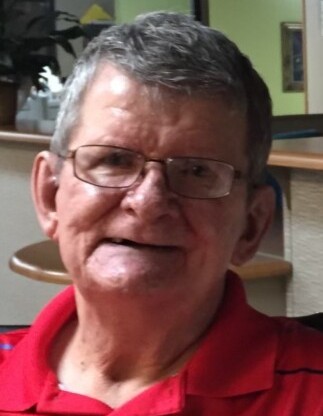 Dayton E. Haagenson, 75, of Evansville, MN, died on December 5, 2020, at Alomere Health in Alexandria, MN, after living many years at the Care Campus in Evansville.

Dayton chose cremation asking for some ashes to be spread along the fence line choke cherry bushes, he had memories of picking choke cherries with his mom., Violet. This wish was carried out by his brothers, Dennis and Curtis.

Dayton Eugene was born on February 12, 1945, in Alexandria, MN, the son of Emil and Violet (Holmgren) Haagenson. He was baptized and confirmed into the Christian Faith. Dayton graduated from Hoffman High School and went on to serve his country in the United States Army, serving from 1963-1966, before being honorably discharged. On September 8, 1973, Dayton was united in marriage to Bernice Winchell in Hibbing, Minnesota. Dayton’s work life was spent in Hibbing in the Taconite Mines. He was a member of the Lutheran Church in Toivola, MN, where he spoke proudly of teaching Sunday School to the young children.

Dayton was preceded in death by his wife, Bernice, and parents, Emil and Violet Haagenson. Dayton is survived by his siblings, Georgia Dalum of Hoffman, MN, Dennis (Toots) Haagenson of Garfield, MN, Curt (Mavis) Haagenson of Battle Lake, MN, Candy (Bob) Bowden of Osakis, MN and Nancy (Marv) Kelley of St. Paul, MN along with numerous cousins, nieces and nephews.

A private family graveside memorial service will be held by Pastor Mark Mathews at the Bethel Cemetery in Hoffman.

Funeral arrangements are with the Erickson-Smith Funeral Home of Elbow Lake for Dayton Haagenson.

To order memorial trees or send flowers to the family in memory of Dayton Haagenson, please visit our flower store.