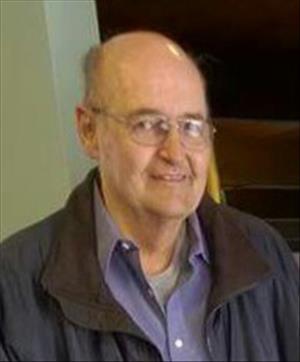 David Wikholm, 67 of Elbow Lake died Wednesday, July 13, 2016, at his home. David Walter Wikholm was born on November 26, 1948, in Lake Hurst, New Jersey the son of Walter and Lorraine (Rustand) Wikholm. He was baptized in the Trinity Lutheran Church and confirmed on June 2, 1963, also in Trinity Lutheran Church in Wendell. He attended the Elbow Lake Public School and graduated from the Pierre High School in Pierre, SD in 1966. After his graduation he enlisted in the US Navy, serving two tours in Vietnam on the New Port News, CA 148 heavy cruiser ship and after his discharge he served with the Navy Reserves until 1990 when he was Honorable Discharged. David lived in Florida where he worked in a warehouse and enjoyed drag racing on Daytona Beach in his 1968 black Nova. David and Charlene were married on June 1, 1974, in the First Presbyterian Church in Elbow Lake. After their marriage they lived a short time in Elbow Lake before moving to their present home. He was employed with Lohse Construction, C.I. Construction, Walt Johnson Construction and then with Gateway Construction retiring as a millwright in 2007. David liked the classic muscle cars, drag racing, football, basketball, and especially loved his dogs Poohbear, Toby and Sadie. He was a member of the American Legion. He loved doing wood working and made a beautiful plaque for his wife using his router, this plaque is very special, it expressed his Love, with I Love you. He is survived by his wife, Charlene; daughter, Lori Wikholm of Fergus Falls, son, Darren (Carolyn) Miller of Fargo; four grandchildren, Daniel (fiancée, Nina Maurer) Putney, Tyler Dokkenbokken, Deven and Dillen Miller; and by numerous relatives and friends. David was preceded in death by his parents, Walter and Lorraine Wikholm. Memorial Service: 3:00 PM, Sunday, July 24, 2016, at Trinity Lutheran Church in Wendell. Visitation: one hour prior Clergy: Rev. Scott Richards Military Honors: Carl A. Hanson American Legion Post, Elbow Lake Interment: Union Cemetery at a later date. Funeral Home: Erickson-Smith of Elbow Lake

To order memorial trees or send flowers to the family in memory of David Wikholm, please visit our flower store.