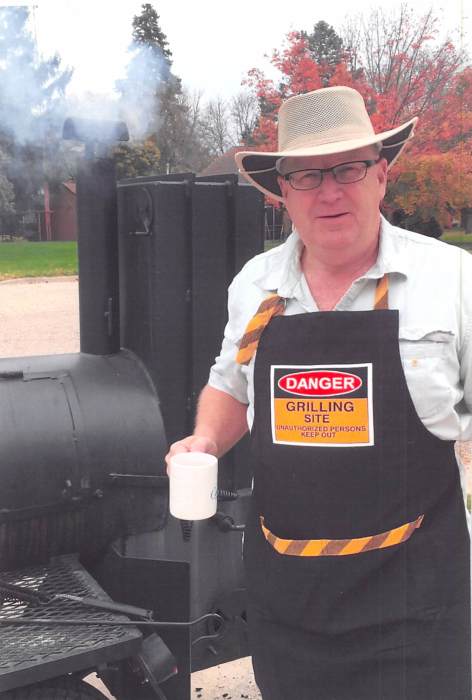 David Fredrick was born on April 14, 1960, in Denver, Colorado, the son of Donald and Alois (Sando) Rau. He graduated from Kensington High School in 1978, before living in Kansas, Colorado and California for nine years.  In 1987, David returned to the Kensington area, driving over the road trucking and started driving team with his brother, Duane.

In 1988, David met Sandy (Wussow) and the couple were married on January 20, 1990 at St. John’s Lutheran Church in Garfield, MN. David became an instant father. David started working for Data Sales in February of 1994 and continued to work for Data Sales for the next 23 years. His brother, Duane also came to work for Data Sales and they continued to drive team together and work side by side. Dave had the love for the open highway and always was eager to get back on the road.

Dave cherished the times he spent at his parent’s homestead (farm) rural Kensington visiting with family and playing with Max, the dog!  Dave spent many memorable hunting seasons with his brothers and brother-in-law, Roger, chasing pheasants or deer. Several years ago, Dave discovered one of his true passions- smoked barbecue. Dave thoroughly enjoyed sharing his latest smoked meat with friends and family. He started competing in Ribfest’s building a team with his wife, Sandy, daughters, Rebecca and Cassandra, son-in-law, Joe and brothers, Duane and Dale, which they won several trophies.

He was preceded in death by his father, Donald Rau; brother, Darcy Rau and niece, Sarah Rau.

Visitation:  5PM – 7PM Sunday, September 16 at Erickson-Smith Funeral Home, Hoffman, with visitation resuming one hour prior to services at the church.


To order memorial trees or send flowers to the family in memory of David Rau, please visit our flower store.