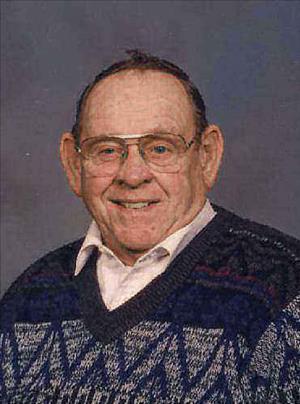 David M. Powers, 77, of Elbow Lake (formerly of Barrett) died Monday, Nov. 5, 2012, at the Douglas County Hospital in Alexandria. David Miles Powers was born August 30, 1935, in Barneveld, Wisconsin, to Elliot and Mabel (Miles) Powers. His family moved to Barrett when Dave was a youngster and he attended school in Barrett. After graduation, he moved to Minneapolis where he met Marion Lofgren, and on December 29, 1956, the couple was married at Victory Lutheran Church in Minneapolis. Soon after, David was drafted into the US Army. Following his honorable discharge, David and his family returned to Minneapolis where he worked for the cities of Plymouth and Golden Valley. In 1969, he and Marion bough a hobby farm in Maple Lake, and in 1978 they bought the family dairy farm in Lien Township west of Barrett. After retirement from farming, David delivered campers across the United States. Dave also drove school bus with routes in the Barrett and Hoffman areas. He absolutely loved that "job" and the kids on his route. Other interests included hunting, fishing, camping, and spending winters with friends in Mission, Texas. David's family was very important to him and he always kept up with what was going on in their lives. He is survived by three sons, Daniel (Diane) of Barrett, James of Denver, Colorado, and Robert (Carolynn) of Racine, Wisconsin; one sister, Florence Anderson of Elbow Lake and one brother, Wallace (Ina) Powers of Plymouth; five grandchildren: Tammy (Aaron) Froemming, Laura Powers, Scott Powers, Logan Powers and Parker Powers. David was preceded in death by his parents; his wife Marion; one sister, Mary Jayne Anderson and one brother, John Powers.

To order memorial trees or send flowers to the family in memory of David Powers, please visit our flower store.