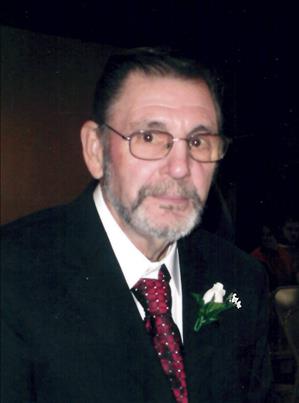 David Kroc, 77, of Barrett and Lake Scandinavian, died Thursday, August 6, 2015, at Prairie Ridge Hospital in Elbow Lake. There will be two services. 1st Memorial Service: 1 PM Wednesday, August 12, 2015, at Erickson-Smith Funeral Home in Elbow Lake, with a gathering of family and friends beginning at 12 PM. Come by and visit and say a few (or many) words about Friendly Dave. Erickson Funeral Home 116 1st St NE Elbow Lake, MN 56531 2nd Memorial Service: 1PM Sunday August 16th, 2015. Everyone is welcome. This will be a casual and happy affair to celebrate Friendly Dave's unique character and life - that is what Friendly Dave wanted. There will be snacks and an open bar. Come on by and reunite with the Dave's family & community and share some stories about Friendly Dave and the good times at the resort & store. Lakeside Steak & Chop House 180 S Lakeshore Dr Glenwood, MN David Karl Kroc was born on May 12, 1938 in Minneapolis, MN, the son of Karl and Rose (McGinty) Kroc. He grew up in the Excelsior area with his mother, sister & brothers. At a young age, David entered the United States Army, where he served for two years during the Korean War, and received his GED. Following his honorably discharge, he attended the Dunwoody Institute in Minneapolis, where he studied refrigeration and heating. He married Dale Bollis, and they were blessed with three children: Davey, Denise, and Daniel. David's second marriage was to Kathleen Cullen, and they had one daughter, Kayanne. For many years, David operated a home appliance repair shop in the Minneapolis Area, before he moved to Lake Scandinavian, near Glenwood, Minnesota. David purchased the Lake Scandi Bait and Tackle Shop and also owned and operated a resort on the lake for more than thirty years. Affectionately known as "Friendly Dave", he was a favorite on Lake Scandi. On September 6, 1988, David married Janice Peterson and they lived together at the resort and in Barrett, MN after retirement. David and Janice sold the resort and bait business, moving to their home on Barrett Lake and spent winters in Phoenix, Arizona. A true outdoorsman, he loved to hunt, trap and fish. David was proud of his gun collection and was a licensed gun dealer as well. He was a member of the Barrett and Glenwood American Legion. David is survived by his wife of 26 years, Janice of Barrett; three children, Danny (Mandy) Kroc of Eden Prairie, MN, Denise Kroc of St. Louis Park, and Kayanne Kroc of Minneapolis; two step-children from his second marriage, Tony Hannula of Alaska, Troy Hannula of Korea and three step-children from his current wife, Angie (Merlyn) Schwartz of Donnelly, Tony (Wanda) Sorum of Oslo, MN, and Mike Sorum of Detroit Lakes; a brother, Rudy Kroc of Maine; sister, Rosemary Kroc, of California; seventeen grandchildren; eleven great-grandchildren; numerous nieces and nephews. In addition to his parents, he was preceded in death by his son, Davey (1977); and step-daughter, Teresa, and his brother Jim. His son, Daniel Kroc, can be contacted at cell: 612-367-6749. Go to Friendly Dave's Eulogy Site http://davidkroc.com/ To order memorial trees or send flowers to the family in memory of David Kroc, please visit our flower store.