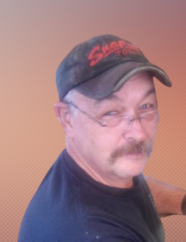 Daryl James Tommerdahl was born in Alexandria, Minnesota, on March 15, 1953 to Hjalmer and LaJune (Nordin) Tommerdahl. He grew up in Hoffman, Minnesota, where he attended school, graduating in 1971.

On November 20, 1976, he married Cheryl Foss in Morris, Minnesota. Into this union, there were born three children. They made their home in Elbow Lake, Minnesota, where he worked for Haley Oil Company for 33 years.

Daryl was a talented musician. He enjoyed singing, playing guitar, and songwriting. In the 70’s, he was in two local rock and roll bands, Black Cloud and Idyll Fancy. Later, he was on the worship team at Country Bible Church, now Destiny Church.

Daryl was an avid hunter and fisherman, loved watching the Twins and the Vikings, and enjoyed these activities especially with his family. He also loved being a grandpa.


On Monday, April 26, 2021, Daryl passed away at Sanford Hospital in Fargo, North Dakota after a courageous battle with cancer. He was 68 years old.

Daryl was proceeded in death by his parents, Hjalmer and LaJune Tommerdahl and one nephew, Jordan Tommerdahl, his father and mother in-law, Melvin and Clara Foss and one brother-in-law, Melvin Foss, Jr.

Blessed be the memory of Daryl James Tommerdahl.

A Celebration of Life will be held at 11:00 am at Destiny Church;

To order memorial trees or send flowers to the family in memory of Daryl Tommerdahl, please visit our flower store.