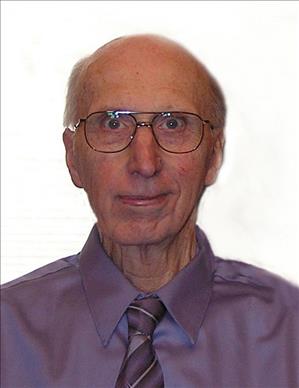 Darrell Lloyd Gulbrandson, 77 of Alexandria, formerly of Herman, passed away March 30, 2017, at his home in Alexandria after a long illness as the result of polio.

Darrell was born July 18, 1939, at the Powers Hospital in Barrett, Minnesota to Lloyd and Mildred (Nelson) Gulbrandson. On October 1, 1948, Darrell was diagnosed with Bulbar and Spinal Polio and his parents took him to Sister Kenny Hospital in Minneapolis. He was in a coma and on a chest respirator for two weeks and was paralyzed for two months. He spent five and one-half months in Sister Kenny.

Darrell attended District 20 elementary school in Roseville Township. He graduated from Oak Grove Lutheran High School in Fargo, ND in May of 1957. He then signed up with the National Guard, and in 1960, he transferred to the Army. In December 1962, Darrell was sent to Baumholder, Germany for thirteen months. He was a teletype operator and a jeep driver. He was discharged from the Army in February, 1964. Darrell farmed on the family homestead near Herman until 1994. He worked at HAPCO in Hoffman, Wagners in Herman, and Andes Tower Hills by Kensington, before retiring in 2014.

On November 18, 1974, he married Shirley Bullick in Sisseton, SD. In 1977, they applied for a foster license so they could help children from Ireland. Over almost twenty years of foster care they cared for thirty-seven children with five being from Ireland. Shirley passed away on October 5, 1994.

On February 14, 2006, Darrell married Julia (Steinbrecher) Rode in Minneapolis and took on two step-children. Darrell loved to visit, clip little sayings and travel. He travelled four times to Ireland. Darrell and Julia lived on the family farm near Herman, until February of 2017, when they moved to Alexandria.

Visitation: one hour prior To order memorial trees or send flowers to the family in memory of Darrell Gulbrandson, please visit our flower store.