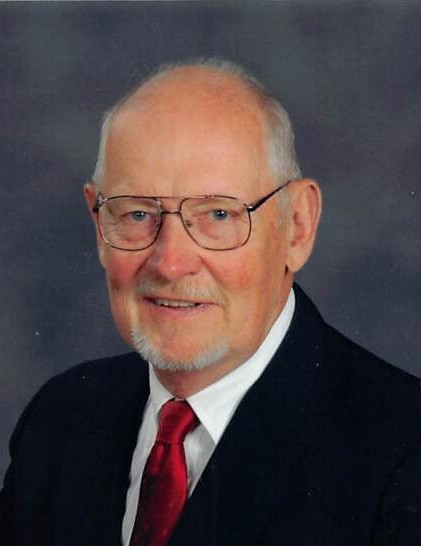 Courtland Bruce Swenson was born on October 24, 1942 at the Stevens County Hospital in Morris, MN, the son of Carl and Clarice Swenson of Hoffman, MN.  He was welcomed home by big sisters, Audrey and Lois and his auntie, Florence.  Clarice gave him the name Courtland because of an infant with that name that she took care of in a family nurturing class she took at the West Central School in Morris that she had attended.  Carl picked the name of Bruce as a middle name after a University of Minnesota football player named Bruce Smith.   He was the only Gopher player to win a Heisman trophy at that time.  Courtland was baptized on December 6, 1942 and was confirmed on May 12, 1957 at Bethel Lutheran Church in Hoffman.  Courtland spent his growing up years on the family farm in Grant County.  He went to country school, District 41, through 5th grade when he transferred to the Hoffman Public School.  Many years of playing basketball and football were enjoyed at Hoffman High School.   He graduated from Hoffman Public School in the spring of 1960.  Courtland then went on to further his education at the University of Minnesota, Morris.  He was one of the first students to enroll at this prestigious institution.  He graduated from UMM in the spring of 1964 becoming one of the first graduates with a Bachelor of Arts degree in history.  Courtland got his first teaching job in Wabasso, MN where he taught for two years.  Courtland met the love of his life at UMM in 1961 and married Sylvia Sunquist on November 25, 1964 at Saint Francis Cabrini Church in Minneapolis.  They were best friends and loved each other to the end.  Many years of camping and traveling together or with family and friends brought so much enjoyment to their lives. In the fall of 1966, Courtland received a teaching contract with the Robbinsdale School District in the Twin Cities.  Most of his career was spent teaching history at Cooper High School.  Many friendships grew out of these years.   In 1978, Courtland’s father decided to retire from farming and asked Courtland if he didn’t want to take over.  After much consideration he decided to begin the purchase of the farm with the plan to farm the land on weekends and in the summer and eventually retire there when he was able.

Courtland and Sylvia had two sons, Erik and Brian.  They enjoyed watching them grow up and become loving sons.  Courtland AND Sylvia learned to love a new sport that was played by their granddaughters, volleyball.  Trips to the cities to watch Triple SSS play for the Gophers was so much fun.  Now, the other granddaughters are excelling in volleyball and Sylvia should have many years of watching them play.   Courtland retired from teaching in the fall of 1998.   After some negotiations with Sylvia, they sold their house in Plymouth and moved to a NEW house on the farm.  (Part of the negotiations!)    Many years have been spent at this farm site with many family events including croquet tournaments that went on for 27 years and hosting family gatherings to make potato sausage and just being together at the family compound.  Courtland has spent the last several years enjoying endless crossword puzzles.

Courtland died at his home on Friday, September 17th from a sudden and unexpected cardiac event.   While we all have an incredible sense of loss in his passing, we believe he is busy being the Choir Boss in heaven and insisting on another round of Lord of the Dance, one of his favorite songs.

To order memorial trees or send flowers to the family in memory of Courtland Swenson, please visit our flower store.