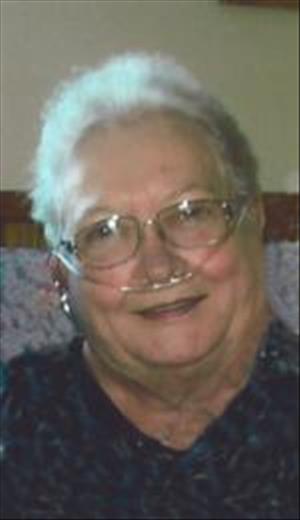 Connie Dybdal, 73, died Sat. at the Triump Hospital in Fargo.

Connie was born November 11, 1936, to Leonard E. and Velma (Frahm) Ledum in Fergus Falls, Minnesota. She was baptized and confirmed at Ness Lutheran Church, and graduated from Elbow Lake High School in 1954. Connie attended Concordia College in Moorhead for one year. On November 25, 1964, Connie was married to Olaf "Bob" Dybdal at United Lutheran Church in Elbow Lake, and the couple made their home on the farm in North Ottawa Township from 1965-1986, when they moved to Pomme de Terre Lake in Erdahl Township. They later built a home in Elbow Lake where they lived until 2004 and moved into the Maplewood Manor. Connie was past Matron of the Eastern Star, past President of the American Legion Auxiliary in Wendell, and volunteered at the Grant County Historical Society and with the Women's Crisis Center in Fergus Falls. She was an active member in the United Lutheran Church where she taught Sunday school and was a member of the ladies aid. Connie also enjoyed music and playing the piano, playing cards and bingo, and going to the casino. She and Bob enjoyed traveling. She is survived by her husband Bob of Elbow Lake; daughter Cindy Kroeger of Baudette, and son David (Lisa) Dybdal of Morris; grandchildren Sarah (Joe) Wierenga, Michael Kroeger, and Lucy (Nathan) Solar, and Deven and Shelby Dybdal; three great-grandchildren, Riley Wierenga and Lily and Nicholas Solar; and one brother, Larry (Lornette) Ledum of Alexandria. Connie was preceded in death by her parents Leonard and Velma Ledum.

Visitation: 5-7 Wed. at Erickson-Smith Funeral Home, Elbow Lake; one hour prior to service on Thursday.
To order memorial trees or send flowers to the family in memory of Constance Dybdal, please visit our flower store.