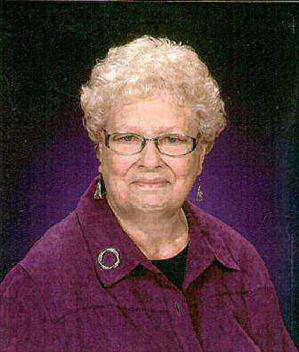 Clarice Foster, 84, Elbow Lake, died Wednesday, January 23, 2013, at Prairie Ridge Hospital in Elbow Lake. A memorial service for Clarice Foster will be held at United Lutheran Church in Elbow Lake at 11:00 a.m., Monday, January 28, 2013, with Pastor Bob Toso officiating. Clarice A. Foster was born on March 30, 1928, to Clarence and Alice (Bjorge) Wermager at Gary, Minnesota. She grew up in Gary and graduated from Ada High School. She was united in marriage to Duane Foster in Lockhart, Minnesota. To that union, two daughters were born, Robin Diane and Nancy Lynn. They farmed near Lockhart, and Clarice worked as a bookkeeper at J.C. Penney in Ada. Clarice and Duane were later divorced; Clarice lived for a time in Ada, Alexandria, and eventually Elbow Lake to be near her daughter's family. Clarice spent many of her younger years participating with the Lockhart Homemaker's Club and the First English Lutheran Church in Lockhart. Currently, she was a member of United Lutheran Church in Elbow Lake. She enjoyed listening to Rock and Roll music, especially Elvis. She liked embroidery and made many keepsakes for her daughters and granddaughters. She was a great supporter of her granddaughters, and she attended many of their extra-curricular school events. She joined the Red Hat Society in Elbow Lake and very much enjoyed being a "Red Hatter". Her greatest love was her family. Clarice is survived by her daughters, Robin (Jay) McNamar of Elbow Lake, and Nancy Foster of Lincoln, Nebraska; sisters, Patricia Murphy of Folsom, California, and Carolyn Yehlik of New Richmond, Wisconsin; a brother, Jerry (Nancy) Wermager of Audubon, Minnesota; a sister-in-law, Nadine Wermager of Twin Valley, Minnesota; two grandchildren, Andrea Loe and Jaime (Tyrone) Canaday; and four great-grandchildren, Zian and Mylee Loe, and Haneulee and Mina Canaday. She was preceded in death by her parents, a brother, Orvis Wermager, brother-in-law Harry Murphy, and her granddaughter's husband, Christopher Loe. Arrangements are with the Erickson-Smith Funeral Home in Elbow Lake. www.EricksonSmithFH.com

To order memorial trees or send flowers to the family in memory of Clarice Foster, please visit our flower store.