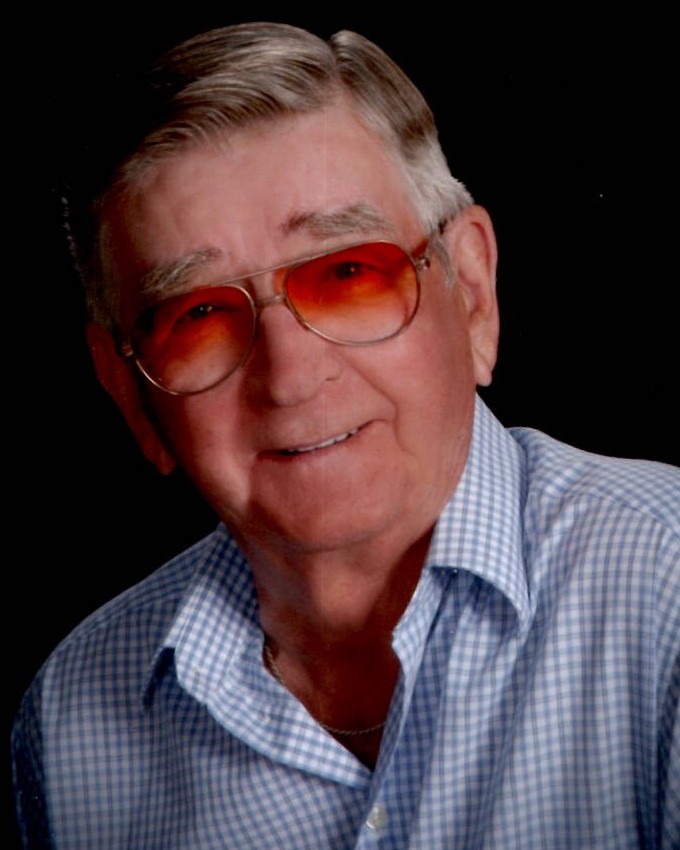 ****  Clair's Memorial Gathering has been post-poned until Monday, December 19, 2022 at Erickson-Smith Funeral Home in Elbow Lake ****

Interment: Trinity Lutheran Cemetery in Wendell in the spring of 2023.

In lieu of flowers the family requests to please make a donation to your favorite charity.

Clair Luverne was born on January 11, 1936, at the family home in Lawrence Township, the son of Fred “Fritz” and Helen (Thompson) Weigand. He was baptized and confirmed at Trinity Lutheran Church in Wendell. Clair attended Country School District #45 and graduated from Elbow Lake High School in 1954.  While in High school, he met his future wife, at the local roller-skating rink.

In 1955, he married his high school sweetheart, Marilyn Hutchings, at the First Presbyterian Church in Elbow Lake.  They had one daughter, Angela in 1957. Clair’s nickname for her was Missy which he called her till his last day on earth. He started Clair’s Body Shop in 1967 and received his commercial license to start crop spraying in 1970. Clair worked for Elbow Lake Aviation for 13 years. In 1979, the family built their cabin on Lightning Lake. Clair worked from 1980-91, as a road adjustor for American Family Insurance. In 1981, they sold the cabin and built their home on the Lightning Lake.  Clair retired December 31, 1996. In 2008, Clair and Marilyn moved to their home in Wendell. He was a member of the Wendell Volunteer Fire Department for many years, serving as treasurer for, as Clair would say, “Forever”. He was also a member of the Wendell Rifle Club, Dakota Territory Gun Collectors, Uninviteds Car Club, Ducks Unlimited and the Experimental Airplane Association.

Clair and Marilyn enjoyed dancing at the Barrett Pavilion in their younger years, and spent many winters in Florida walking the beach. They also travelled extensively through the U.S and Europe, even taking a month-long cruise from Turkey back to Miami, Florida. Clair’s passion was building model airplanes, going to car and gun shows and fixing up old cars.

On December 9, 2022, Clair died at his home, at the age of eighty-six years. He had just recently been diagnosed with cancer.

Clair is survived by his wife, Marilyn Weigand; daughter, Angi (Daryl) Jensen and brother, Don (Gloria) Weigand all of Wendell; two grandchildren, Tyler (Jenni) Jensen and Kelcy Jensen; three great grandchildren, Lili, Logan and Liam along with numerous nieces, nephews and a host of friends. He was preceded in death by his parents; brother, Robert and his wife Leone Weigand and grandson, Kyle Ross Jensen.

A private family service will be held.

To order memorial trees or send flowers to the family in memory of Clair Weigand, please visit our flower store.