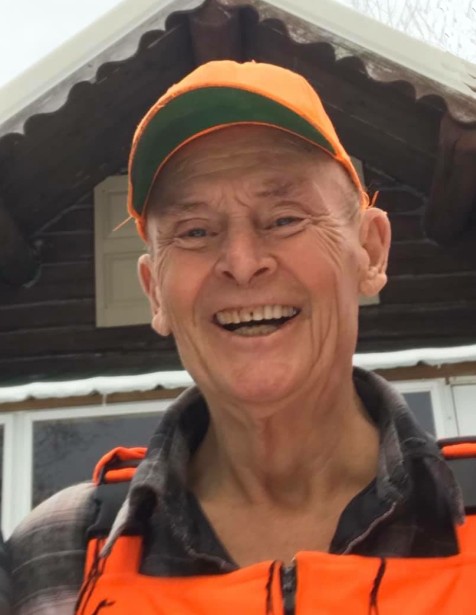 As a close family friend said, “Clair was always one of the good guys: loyal to his family, his friends, his beloved State of Minnesota, and his country.”

Clair was born on April 22, 1940 in Elk Lake Township, Grant County, Minnesota to Clarence and Ethel (McCollar) Nelson. He was baptized at Lincoln Lutheran Church. He attended grade school in Elk Lake Township and graduated from Barrett High School in 1958. On July 8, 1960, he married Joyce Dahl.

Clair served in the US Army National Guard for nine years. He attended college at Moorhead State University and graduated with a degree in Physical Education and a minor in Mathematics.

After Clair graduated college, they moved to Balaton, MN where both Clair and Joyce taught. They remained there for 9 years and loved being a part of that community. Clair was passionate about sports, the outdoors, and coaching, and formed many friendships during this time -- friendships that remain to this day.

From 1973 to 1976, Clair and Joyce relocated their family to West Berlin, Germany where they taught for the Department of Defense. Clair and Joyce, along with their two sons, enjoyed travel throughout Europe during this time. This period also generated many friendships that would last a lifetime.

Over the next several years, after relocating back to Minnesota, Clair pursued many ventures including becoming a small business owner, farming and building log homes. In addition, Clair was proud to run for State Representative and serve his district for four years. Clair believed in fighting for the common good and was an advocate for many causes during his lifetime. He also enjoyed acting and singing in Prairie Wind Players community theatre and celebrating his Irish heritage. Both of his sons and several grandchildren inherited his love for music and the arts.

Throughout his life, Clair held very dear to his heart the time his family and friends spent at the hunting cabin in ‘Rako’.  Affectionately known as “Up North,” he inherited the property from his parents. He cherished the fact that he was able to pass along a love for hunting and the outdoors to his sons, grandchildren, and great-grandchildren.  Every trip north is a greatly anticipated venture for the family.

Visitation: 5:00 PM – 8:00 PM Tuesday at Erickson-Smith Funeral Home, Hoffman, MN with a 6:30 PM Prayer Service. Visitation will resume one hour prior to the service at the church

To order memorial trees or send flowers to the family in memory of Clair Nelson, please visit our flower store.