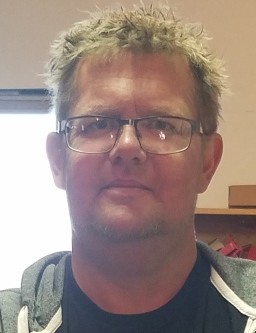 Christopher Lee was born on December 17, 1980, in St. Louis Park, MN, the son of Kevin Lee and Lois Elaine (Nessman) Nelson.  He graduated from West Central High School in 1999 and continued his education at Minnesota State Community and Technical College in Detroit Lakes earning a degree in Sign Lettering.  He is the proud dad of two daughters, Layla Rose and Mia Lee Nelson.

Christopher worked in vehicle graphics and most recently painting and finishing furniture where he was self-employed.

He is survived by his parents, Lois and Kevin Nelson of Barrett, MN; two daughters, Layla Rose and Mia Lee Nelson; grandmother, Patricia Nelson of Barrett; and his yorkie, Charlie along with numerous relatives and friends. He was preceded in death by his great grandparents; grandparents, and brother-guardian angel, Derek Nelson.

Memorial Gathering: Saturday, November 27, 2021 from 4-8 P.M., at the Erickson-Smith Funeral Home in Hoffman.

Funeral arrangements are entrusted with the Erickson-Smith Funeral Home of Hoffman.

To order memorial trees or send flowers to the family in memory of Christopher Nelson, please visit our flower store.