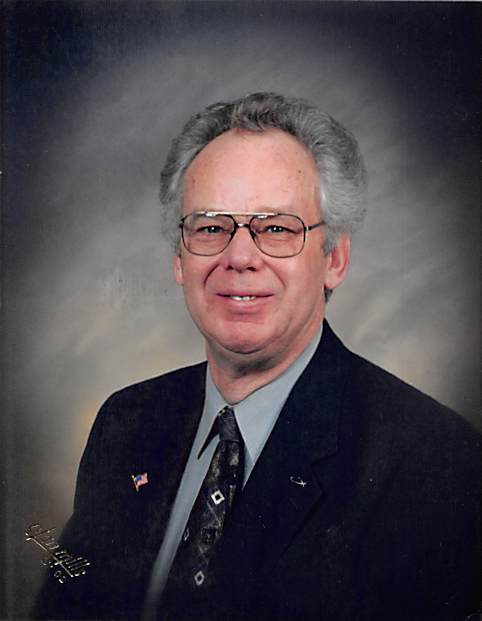 After a life of service to God and his family, Charles (Chuck) Winfield Schleicher, 82, left this world on April 15, 2020.  He will be greatly missed by his family and all who loved him.  Due to the pandemic, a private family service will be held at 2:00 PM Saturday, April 18, 2020 at Erickson-Smith Funeral Home, in Hoffman. A live stream of the service will be available on Chuck's memorial page on www.EricksonSmithFH.com.  A public Celebration of Life Service will follow in July.

Chuck was born in Austin, Minnesota on March 28, 1938 to Catherine (Drake) and Leslie Schleicher.  He graduated from Austin High School in 1956.

After graduating high school, Chuck immediately enlisted in the United States Air Force.  He attended boot camp at Shepard Air Force Base in Wichita Falls, Texas.  His first assignment was at Tyndall AFB in Panama City, Florida.  Part of his assignment was serving as a co-pilot pulling DelMar targets for air-to-air missile practice. He was later transferred to Valdosta, Georgia where he met the love of his life Ann (Cahela).  In 1959, after an honorable discharge from service, they moved to Austin, Minnesota.  Chuck continued to serve his country in the Air Force Reserves for 6 years. While back in Minnesota, he was employed in car sales and managed a gas station in Leroy.

In 1961, the family moved to Fremont, Nebraska, where Chuck started his career with Hormel’s.   They lived in Fremont for 28 years.  While in Fremont, Chuck continued his love of airplanes and flying.  He pursued and earned his certification for a private and commercial airplane license.   In 1990, they moved to Hoffman, Minnesota.  They have resided on Red Rock Lake to provide support for his parents.

During Chuck and Ann’s 63 years together, their love for one another never failed.  Chuck was a devoted son, husband, father, grandfather and great-grandfather.  He served God in many ways.  For 20 years Chuck and Ann devoted time to travel with others to Galeana Mexico on mission trips.  Chuck served as president for Mexico Mission Builders.  He also served on the International Board for Friends of Mexico.

Preceding him in death are his parents, granddaughter Grace Elizabeth Schleicher, Brother Richard (Dick) Schleicher and most recently his son Robert (Bob) Schleicher on November 16, 2019.

To protect the health and safety of all, services are currently being limited as required by state and local authorities and the CDC. Expressions of sympathy during this time can be left on the condolences page available with the obituary on our website, www.ericksonsmithfh.com. We also encourage you to visit the video tribute and webcast of the service that may be available.  Check the funeral home website for the latest COVID-19 update.

To order memorial trees or send flowers to the family in memory of Charles Schleicher, please visit our flower store.