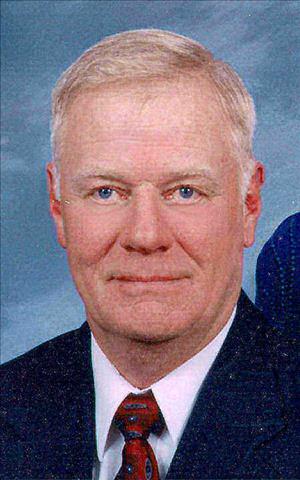 Charles Olsen, 63, of Barrett, passed away at his residence on Wednesday, March 21, 2012. A private family service will be held at a later date. Charles, "Chuck", was born on September 7, 1948, to Harlan and Frances (Erickson) Olsen, at Alexandria, Minnesota. He grew up in Garfield and attended School District 17 in rural Garfield, a one-room schoolhouse where Chuck was the only student in his class. He graduated from Jefferson High School in Alexandria in 1966. In 1967, he enlisted in the U.S. Navy, where he was stationed in San Diego and then Great Lakes, Illinois. He was honorably discharged in 1971. On June 14, 1968, he was united in marriage to Judee Pfeiffer at St. Luke's Lutheran Church in Garfield. To this union, four wonderful children were born. They lived in Charleston, South Carolina, until 1971, when they moved to Milwaukee, Wisconsin. It was here that Chuck became involved with the insurance business, working for Mutual of Omaha, and Republic Insurance Group. They moved to Atlanta while Chuck was employed with Republic Insurance Group. They then moved to Pittsburgh, Pennsylvania. In 1979 they moved to Richmond, Minnesota. In 1980, they moved to Detroit Lakes, where Chuck was employed with Auto Owners Insurance. In 1986, they moved to the farm at Barrett, where they currently reside, where they owned and operated the Pomme de Terre Nursery. Chuck enjoyed dirt track racing, hunting, reading, spending time with his dogs, gardening, fishing, and nature in general. He especially enjoyed spending time with his grandchildren and family. Due to the suddenness of Chuck's death, he, along with his unique sense of humor, will be greatly missed by his family and all who knew him. Chuck is survived by his wife, Judee, of Barrett; children:Timothy (Jessy) Olsen of North Pole, Alaska and their children, Drew, Jackson, Jake and Dane; Kimberlee Olsen Canton (Jesse) of Fergus Falls and their children Annelise and Cade; Robin Olsen (Joey Williams) and her daughter Brooke, of Fargo; and Dustin Olsen of Beulah, North Dakota; brothers: Marcus Olsen of Garfield and Dave(Michelle) Olsen of Evansville; sisters: Francine (Melvin) Knapton of Greenfield and Debra (Paul) Gallagher of Ames, Iowa and many nieces and nephews. He was preceded in death by his parents and a sister-in-law, Judy Olsen.