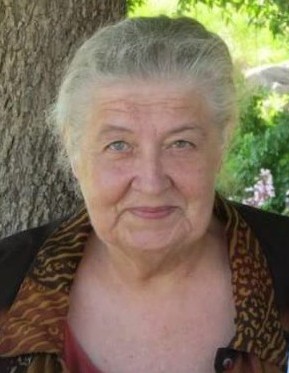 Carol June Drexler was born on May 28, 1944, in St. Louis, Missouri the daughter of Leslie and Virginia “Alice” (Maxfield) Elder.  She was raised in Poplar Bluff, Missouri and then Crystal, Minnesota.

June married Lloyal V. Drexler on October 7, 1961.  June and Lloyal were resident managers at the Freedman Court Apartments, now Kenwood Court, in Minneapolis, MN and Villa Del Cornado Apartments in Brooklyn Park, MN.  June also babysat for many tenants to help them out.  After Lloyal passed away, June and her children moved to Wendell and Elbow Lake.  She babysat, worked at Martineau Chicken Ranch candling and packaging eggs, was a waitress at the Elbow Lake Hotel and Bar and was employed with the Elbow Lake Liquor Store.  June was a hard worker and wanted to make sure her children were taken care of!

She loved her word search books, was an avid reader, loved game shows, animals, collecting post cards from all over the world, people watching and being with her family.  June was a social butterfly who could talk to anyone, anywhere, whether she knew them or just met!

There will be a Celebration of Life at a later date.

To order memorial trees or send flowers to the family in memory of Carol "June" Drexler, please visit our flower store.