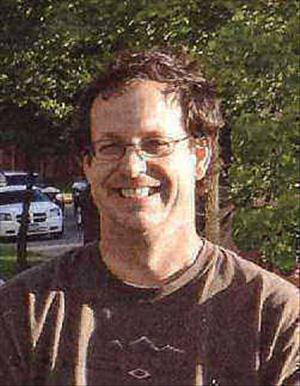 Bruce Huseth, 46, son of Lyle and Janice Huseth of Elbow Lake, died Saturday, October 20, 2012, at his home in Seattle, Washington, with his family by his side. A memorial service will be held at 2:00 pm on Saturday, December 1, 2012, at United Lutheran Church in Elbow Lake with the Rev. Bob Toso officiating. Burial will be in the Bethania Lutheran Cemetery, Elbow Lake. Bruce was born December 3, 1965, to Lyle and Janice Huseth. He was baptized and confirmed at United Lutheran Church in Elbow Lake. Bruce was a devoted son and father, loyal brother and friend, dedicated to his job and took on every challenge life presented him. Mackenzie said Bruce was great, the best dad ever. He brought her back to Minnesota each year to spend time with family and share with her his love of the land. He gave her experiences of growing up on a farm and the endless hours of work and fun he experienced while growing up. He loved the outdoors, hiking, camping and travel. He had his mothers' knack for flowers and his parents' love of gardening. Neighbors and passers-by alike all commented on his yard full of flowers, tomatoes, and produce he grew with the watering system he designed to keep everything beautiful. Bruce was an avid woodworker, building furniture and learning precision and detail using his hands and tools with his father and brothers in the wood shop. Mackenzie's bedroom furniture was built by her dad, and there are many good memories while sitting on the chairs around the dining room table, all built by his hands. Bruce loved a challenge and would read anything he found about a topic to learn everything he could. When Mackenzie would ask her dad a question, he would encourage her independence and problem solving by asking her how she thought they could find an answer. Bruce was a friend to everyone. He liked to help people. Mackenzie said her dad could never pass up a good deal and when she would ask him what they would do with three or more of something, he would tell her, "someone might need it." Bruce was always ready to lend a hand or help solve a problem. This is one of the things he loved most about his job, figuring out how things worked, taking things apart and putting them back together so that everything worked perfectly. After reading about bees as a young teenager, he ordered some bees with his brother Mark. When all but one of Bruce's hives died, he was able to strike a deal and bought out his brother. Bruce grew to have many hives, selling the honey he harvested and turned them over to his brother Scott when he moved to Seattle to work for Alaska Airlines. Bruce was not afraid of hard work. He took pride in everything he did. He liked anything to do with electronics and computers. He loved airplanes and football. He called each of his brothers regularly and spoke to his parents often to keep everyone close and involved in his and Mackenzie's lives. Mackenzie came first in Bruce's life. When Bruce was diagnosed last July with melanoma, he approached this as he did any challenge in his life – he read everything he could and actively participated with his doctors to live each day fully. He is survived by his parents Lyle and Janice Huseth of Elbow Lake; his daughter Mackenzie and her mother Karen Huseth of Bellevue, Washington; brothers Mark and Scott Huseth, both of Elbow Lake; a niece and several nephews, aunts, uncles and cousins. He was preceded in death by his grandparents, one aunt and a cousin.

To order memorial trees or send flowers to the family in memory of Bruce Huseth, please visit our flower store.