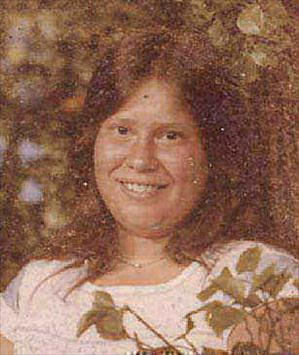 Brenda Kimber, 50, Elbow Lake, died at her home on Tuesday, August 23, 2011. Funeral services for Brenda Kimber will be held at 1:00 pm on Tuesday, August 30, 2011, at Untied Lutheran Church in Elbow Lake with the Rev. Bob Toso officiating. Burial will be in the First Lutheran North Cemetery, Fergus Falls. Visitation is one hour before the service at the church. Brenda was born January 25, 1961, in Fergus Falls to Rodney and Agnes (Kimber) Jorgenson. Following her graduation from Fergus Falls High School in 1979, she worked for Medallion Kitchens and the Navy recruiting office in Fergus Falls. She was later employed by West Central Turkey in Pelican Rapids. On February 13, 1980, Brenda married Joe Kimber in Sisseton, South Dakota. One year and a day later, February 14, 1981, the couple renewed their marriage vows at First Lutheran Church in Fergus Falls. They made their home in Fergus Falls until 1994, when they moved to Elbow Lake. Their son Travis was born July 9, 1981, and daughter Kandace was born April 6, 1984. Brenda enjoyed spending time with her grandchildren, bird watching and gardening. She also enjoyed bowling, playing darts, fishing, deer hunting, riding motorcycle, and was an avid porcelain doll collector. She was a lifetime member of the Disabled American Veterans Auxiliary and had served as past Commander. Survivors include her husband Joe of Elbow Lake, son Travis of Fergus Falls and daughter Kandace (Brent) Hemingsen of Alexandria, and five grandchildren, Damian, Dominique, Kyrie, Tiarra and Xavier; her mother, Agnes Jorgenson of Fergus Falls, sister Nadine Leabch of Fergus Falls and brother Donavan (Rhonda) Jorgenson of Henning; sisters-in-law Wendy (Jeff) Erickson of Underwood and Sandy Fernandez of Litchfield; and several nieces and nephews. She was preceded in death by her father and her grandparents, two brothers-in-law, Marc Fernandez and Michael Leabch, and her mother and father-in-law Elaine Potter and Jay Kimber.

One hour prior to the service.

To order memorial trees or send flowers to the family in memory of Brenda Kimber, please visit our flower store.