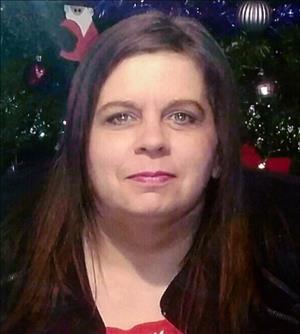 Brenda Jean Anderson, 48, of Gilbertsville, New York, formerly of Cyrus, died unexpectedly Monday, January 25, 2016, in New York. Brenda was born on August 15, 1967 in Morris, MN, the daughter of Larry L. And Carol (Wevley) Anderson. She was baptized at First Lutheran Church in Morris in 1968 and confirmed at Trinity Lutheran Church in Cyrus in 1983. She attended school and graduated from Cyrus High School on May 31, 1986. A short time later, Brenda moved to New York to become a nanny and met Mike Girardi. They were blessed with three children. Some time later, Brenda worked also in a nursing home, where she cared for others. Brenda held several other jobs until recently, when her health prevented her from working. She enjoyed reading, tag sales, but most of all, enjoyed anything having to do with her grandkids. Brenda is survived by her parents, Larry and Carol Anderson of Wendell; three children, Brianna Anderson of Afton, NY, Michael Girardi Jr., of Gilbertsville, NY, and Jarrett Girardi of Gilbertsville, NY; her partner of 27 years, Mike Girardi Sr.; three grandchildren; three siblings, Dennis Anderson of Wendell, Curtis (Stacey) Anderson of Hoffman, and Michelle (Duane) Zibell of Lewistown, Montana; and by her grandmothers, Adeline Wevley and Lois Anderson. She was preceded in death by both grandfathers, Iver Wevley and Webber Anderson, and her grandmother, Caryl Anderson. Visitation: 5 – 7 PM Thursday, at Erickson-Smith Funeral Home, Elbow Lake, and one hour prior to services at the church Funeral Service: 11 AM Friday, February 5, 2016, at Trinity Lutheran Church in Wendell Clergy: Rev. Dr. Eugene Boe Interment: Trinity Lutheran Cemetery, Wendell Online Guestbook: EricksonSmithFH.com To order memorial trees or send flowers to the family in memory of Brenda Anderson, please visit our flower store.