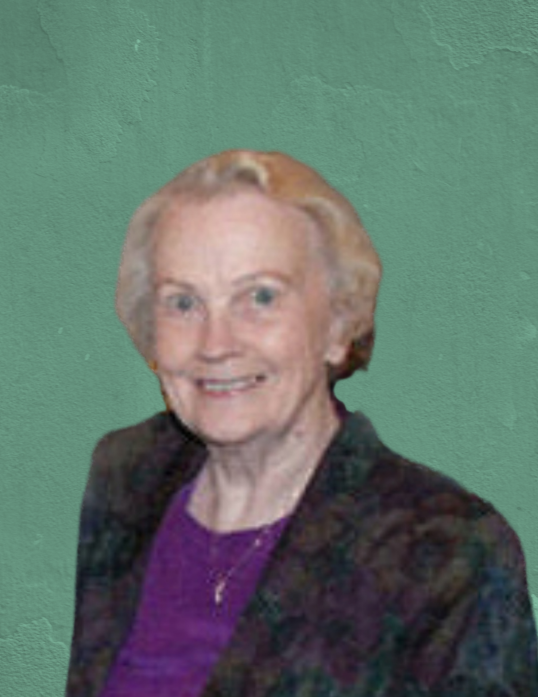 Bernice Sylvia Lindblom was born to Gilbert & Sigrid (Borseth) Bordson on August 16, 1926, in a farmhouse in rural Elbow Lake.  She was baptized and confirmed in the Ness Lutheran Church.  Bernice attended country school through the eighth grade and graduated from the Elbow Lake High School in 1944.

Bernice and Lawrence Thompson were married on November 24, 1944, in the United Lutheran Church in Elbow Lake.  They first lived in Fergus Falls where she was employed with the Lundeen Company. In 1947, they moved to Minneapolis. There she was a buyer for the National Auto Parts Association (NAPA) working in downtown Minneapolis. In 1951, they moved back to rural Fergus Falls to work on Leonard Piepho’s farm. In 1955, they returned to Minneapolis to raise their family. The family was active at St. Timothy Lutheran Church in Columbia Heights. Once the children were all in school, she worked as a data-entry clerk for Midland Cooperative (now Land-O-Lakes). Later, she became a computer programmer there. Lawrence died on October 16, 1972.

Bernice and Oliver Lindblom were married on October 22, 1977, at Hope Lutheran Church in North Minneapolis where she became a member. She retired from Land-O-Lakes in February of 1987. Oliver died October 30, 1995.

In 1998, she returned to Elbow Lake where she became a member of United Lutheran Church. Bernice enjoyed music, knitting, crocheting, gardening, bird watching, puzzles, her daily devotions, mowing, and shoveling snow. She was an avid reader. She did a lot of walking and was very independent. She enjoyed playing whist at the Community Center and quilting with her sister, Hazel.

In 2018, she entered the Pioneer Cottage in Fergus Falls. On Saturday, October 24, 2020, Bernice died at the age of ninety-four years.

To order memorial trees or send flowers to the family in memory of Bernice Lindblom, please visit our flower store.