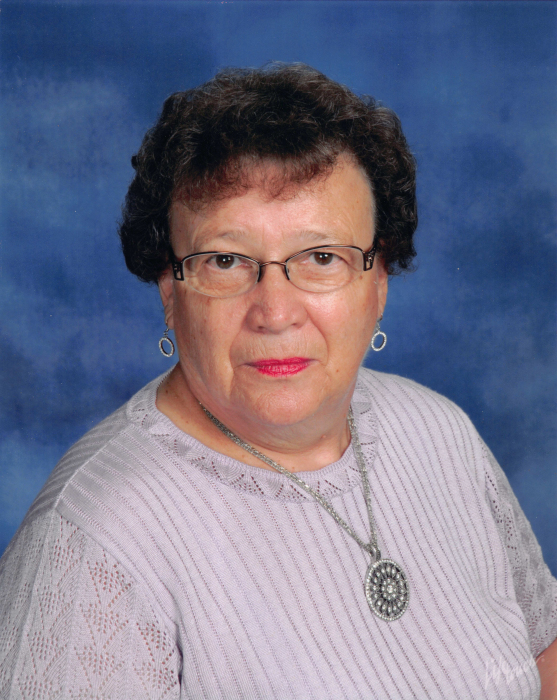 Bernice was born December 12, 1939, in Mcintosh County, North Dakota, to Fred and Ruth (Munsch) Friederich. During high school in Wishek, North Dakota, Bernice worked as a nurse’s aide at Wishek Hospital. During this time, she met Raymond Humann. They were united in marriage on October 22, 1957, at St. Luke’s Lutheran Church in Wishek, North Dakota. Shortly after their marriage, Bernice and Raymond moved to California where Raymond was being stationed during his service. Bernice graduated from Oxnard High School in California in 1960.

Bernice and Raymond lived in California for four years. Here is where they started their own family, ending up with three boys. Bernice and Raymond eventually moved back to Minnesota, where they spent many years in Fridley. While in Fridley, Bernice worked in childcare. After nearly 30 years of working in childcare, she retired in Barrett, Minnesota.

Bernice loved crafts. She enjoyed needlepoint and embroidering and would sell her work at craft sales. She was an active member of the quilting group at Peace Lutheran in Barrett. Bernice also liked to travel and spend quiet time reading. Bernice enjoyed the Minnesota Twins baseball team until her last day. She found great joy in spending time with her friends and family, especially her grandchildren. Bernice was known for her gardening and canning. She was never without sweets for family or friends that would stop by to visit. She always gifted family and friends with candy and treats around the holidays.

She is preceded in death by her husband, Raymond Humann; parents, Fred Friederich and Ruth Humann; and stepfather, Reinhold Humann; father and mother-in-law, Henry and Elizabeth Humann; and four brothers in law.

The family of Bernice appreciates the kind and loving care she received at the Barrett Care Center.

A Memorial Service will be held 11AM, Saturday, October 16, 2021 at the Peace Lutheran Church in Barrett, Minnesota with a visitation one hour prior.

To order memorial trees or send flowers to the family in memory of Bernice Humann, please visit our flower store.