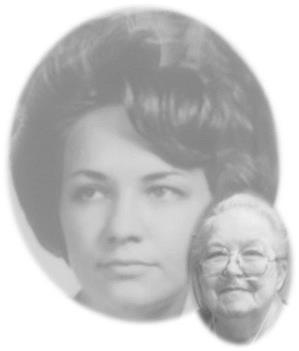 Bernice Edith (Winchell) Haagenson March 1, 1945 - September 19, 2015 70 years - 6 months - 19 days Bernice Edith was the first born to Bryce Elwin1926-1999 and Alice Mae1927-2012 (Bauman) Winchell on March 1, 1945, in Rhinelander, Wisconsin. She was followed by Mary Alice1947 and Douglas Miles1956-2006. The family moved to Duluth, Minnesota in 1959 where Bernice graduated from Denfield High in 1964. The family then settled in Hibbing in 1964. While living in Minneapolis, Bernice met Dayton Eugene Haagenson1945 on a blind date. They were married 42 years ago on September 8, 1973 in Hibbing at Holy Trinity Lutheran Church and soon moved from Richfield to Toivola, close to Bernice's family in Hibbing. "Boots" or "Bootsie", as her family and friends lovingly called her, had many talents including drawing, painting, wood carving, needle arts and cooking, which she enjoyed sharing with others. Dayton and Bernice moved to Alexandria in November 2009, close to Dayton's family and hometown of Hoffman. In June 2012 Dayton moved to the Evansville Care Center and Bernice moved to the Barrett Care Center in July 2014. Diabetes contributed to Bernice's failing health and she passed peacefully in her sleep early on September 19, 2015, at the age of 70. "Boots" will always be missed and loved by many including her husband Dayton of Evansville, her sister Mary and Ralph Babcock of Aurora and their daughters and families Joette and Craig Squires and Jacob of Coon Rapids; Corrine and Larry Treakle, Dylan and Cassie of Minneapolis; Jean and Riley Harsch, Danika and Kynzingten of North Branch; and their son Russell Merchant of Hibbing, and Douglas' daughter Tanya Phagan and her children Damon, DelShawn and Samantha of Hibbing. Dayton's siblings Georgia Dalum of Hoffman, Dennis (Mary) of Garfield, Curt (Mavis) of Battle Lake, Candyce (Bob) Bowden of Alexandria, Nancy Kelley of St. Paul and many nieces, nephews and cousins. Bernice was proceeded by her parents Bryce and Alice, brother Douglas, Dayton's parents Emil and Violet Haagenson and brother in law Carroll Dalum. Bernice will be inurned at Rauha Cemetery in Aurora. Memorial Services will be Monday, October 5, 2015 at 1:30 pm at the Evansville Care Center in Evansville and Sunday, October 11, 2015 at 1 pm at the Silica Fire Hall in Hibbing.

To order memorial trees or send flowers to the family in memory of Bernice Haagenson, please visit our flower store.