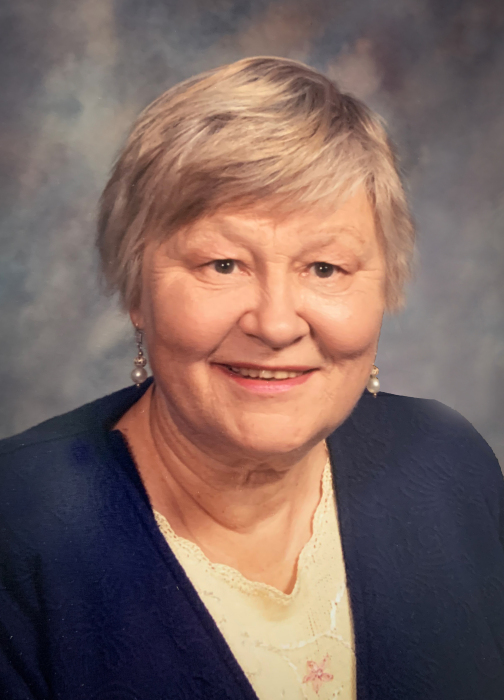 Barbara Swenson 83, of Hoffman, Minn., died peacefully on September 5, 2020.  Born in Hill River Township, Minn., on October 19, 1936, she was preceded in death by her parents Arthur and Edith (Hansen) Swanson.

In her early youth, Barbara was fond of reciting the 800 bible verses she committed to memory as a member of the Asphult Lutheran Church where she played piano and was a member of the Lutheran League. She steadfastly carried this devotion to Christ throughout her life, often returning to the memorized scripture verses for inspiration. Her favorites included Psalm 27: 1-2, 25: 1-6 and 19:14.  She loved the song, “How Great Thou Art.”

Barbara was salutatorian of the McIntosh High School class of 1954 and received a bachelor’s degree in business education from Gustavus Adolphus College in 1958. That same year she married Wilton and moved to Seattle, Washington, where both started careers with Boeing.

After returning to Minnesota, Barbara taught business courses at Independent High School, District 622, from 1972 until retiring in 1991.  Always a teacher at heart, she also served as faculty leader for the Office Education Association, helping students pursue business careers. Her devotion to student advancement was acknowledged by the association with an award that included a trip to Hawaii.

Over the years, Barbara and Wilton lived in four houses they single-handedly built together, including their farmhouse in Hoffman where they entertained their children and grandchildren.  The couple’s travels took them to Scandinavia three times, a visit to the Middle East to retrace the Third Journey of Paul through Turkey and Greece and also a trip to Jerusalem.

During retirement, Barbara and Wilton wintered in Arizona, first in Prescott and then Mesa, returning to Hoffman in the summertime.

A memorial service is planned for Monday September 14, 2020, at 10:00 am.  Visitation will be held Sunday September 13th from 2 to 4, with a Prayer service at 4:00. Both at Messiah Lutheran Church, Hoffman Minnesota.

To order memorial trees or send flowers to the family in memory of Barbara Swenson, please visit our flower store.