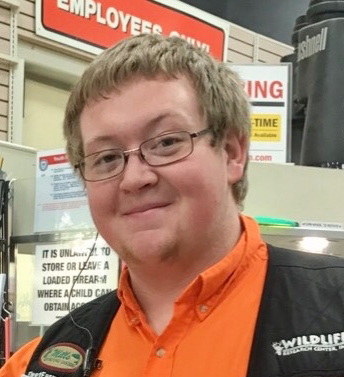 Austin Chase Olson, 21, of Barrett, MN passed away on November 19, 2017 at the Barrett Care Center due to Burkitts Lymphoma.

Austin was born on May 3, 1996 to Darin and Samantha Olson.
He graduated from West Central Area in 2014.  He was employed at Mills Fleet Farm.

Austin was an avid outdoorsman.  To say he enjoyed fishing and hunting would be an understatement.
His knowledge of anything fishing and hunting related was immense and he could talk about the subject for hours.
His life was short but he left an impact on anyone who knew him.

Austin is survived by his parents Darin and Samantha Olson of Barrett. His sister Ashlyn Lange (Chris) of Motely. His brother Aric Olson (Paige Westra) of Elbow Lake. His niece Waylyn Rose of Motely.  His fiance Mikaylah Stark of Hoffman. Many aunts, uncles, cousins and friends.


A Celebration of Life will be held at 5PM, Saturday, December 2, 2017 at the Barrett Community Center, Barrett, MN.

To order memorial trees or send flowers to the family in memory of Austin Olson, please visit our flower store.