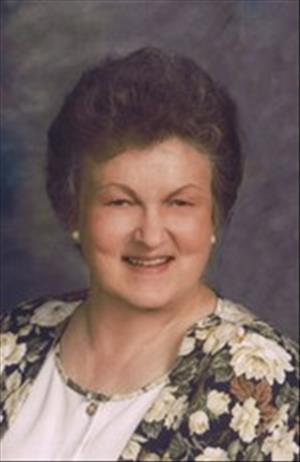 Audrey was born October 2, 1934, in LeMars, Iowa, to Abraham and Adrianna (Druyvestein) Schouten. She attended grade school in Canton, South Dakota, and then moved with her family to Mountain View, California. They moved back to Canton where Audrey graduated from high school. After graduating, she stayed at home and cared for her mother. On April 29, 1955, Audrey was united in marriage to Harvey Beuckens at the Lutheran church in Rock Valley, Iowa. They made their home in Sioux Falls, South Dakota, and Hopkins, Minnesota, where she raised their family. In 1959, they moved to Brookings, South Dakota, and then to Cyrus, Minnesota, where they owned the Cyrus Leader. In 1963, they moved to Hoffman where they purchased the newspaper, The Hoffman Tribune. Audrey was active in the community, especially Bethel and Messiah Lutheran Churches where she taught Sunday school, sang in the choir, and served on numerous boards and committees. She enjoyed crocheting, baking, cooking (especially during the holiday season), listening and singing to Christian music. She was an avid Minnesota Twins and Vikings fan. She enjoyed watching birds, humming birds in particular, chipmunks, and her dog, Annie. She is survived by her husband Harvey of Hoffman; children Viki (Mark) Brekke of Elbow Lake, Todd (Lona) Beuckens of Centre, Alabama, Nanci (Craig) Torgerson of Elbow Lake, John (Linda) Beuckens of Brussels, Belgium, Jami Sutton of Hoffman, Keri (Michael) Anderson of Elbow Lake, and Kristofer (Jill) Beuckens of Hoffman; one sister, Lenora Molstad of Chanhassen; 17 grandchildren, Carlee and Taylor Brekke, Brad (Bridgett) Beuckens, Brandon Beuckens, Maurya and Liza Torgerson, Michael, Nicole and Sean Beuckens, D. Ryan and Jasmyn Sutton, Tyler, Austin and Morgan Anderson, and Jordan, Gabbriele and Grant Beuckens; and many aunts, uncles, cousins, nieces and nephews, and friends. She was preceded in death by her parents and an infant daughter, Toni.

Visitation: 5-7 Friday at Erickson-Smith Funeral Home; one hour prior to service at church
To order memorial trees or send flowers to the family in memory of Audrey Beuckens, please visit our flower store.