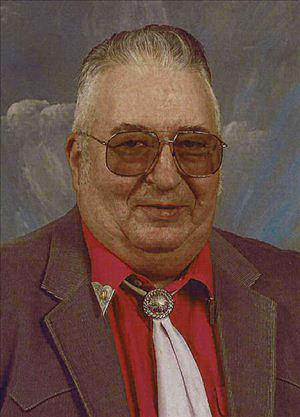 Art Johnson, 71, of Wendell, died Wednesday, April 25, 2012, at the Douglas County Hospital in Alexandria. Memorial Service: 2:30 pm Tuesday, May 1, Trinity Lutheran Church, Wendell Clergy: Dr. Eugene Boe Cemetery: Trinity Lutheran Cemetery, Wendell Visitation: 1 PM - 2:30 PM Tuesday at Trinity Lutheran Church, Wendell Arthur Warren Johnson was born on May 4, 1940, near Blackduck, Minnesota, the son of Raymond Arthur and Edith (Nelson) Johnson. He attended school and graduated from high school in Blackduck and went on to receive a degree in agronomy. In February of 1960, Art married Janice Kittleson in Iowa, and the couple had two children: Sandra and Arthur Jr. Art later married Elizabeth Kvamme, and they divorced. Art worked as an assembler at Honeywell for a time and went on to be a carpenter for many years. He then began driving truck over the road. Most recently, Art was employed as a maintenance worker for the City of Wendell. He also enjoyed working for several area farmers during the growing season. Art enjoyed hunting and never missed a season of deer hunting. Music was very important to him; he played rhythm and bass guitar and sang in several bands. At one point, Art was a member of the Minneapolis Musicians Union. Art was an excellent cook and enjoyed canning. His dogs were very important to him. Art is survived his two children Sandra (Mike) Flickinger of Kandiyohi and Arthur Jr. of Hopkins; a granddaughter, Alicia Wagener of Hopkins and one step-grandson, Zachary Flickinger of Madison; his mother, Edith Ostmoe of Apple Valley and his brother, Glenn (Dorothy) of Prior Lake; niece and nephew Tammy and Wade; special friend Diane Nelson of Fergus Falls; five step-children, 12 step-grandchildren and 17 step great-grandchildren; and many other nieces and nephews. He was preceded in death by his father, Raymond Johnson.

To order memorial trees or send flowers to the family in memory of Arthur Johnson, please visit our flower store.