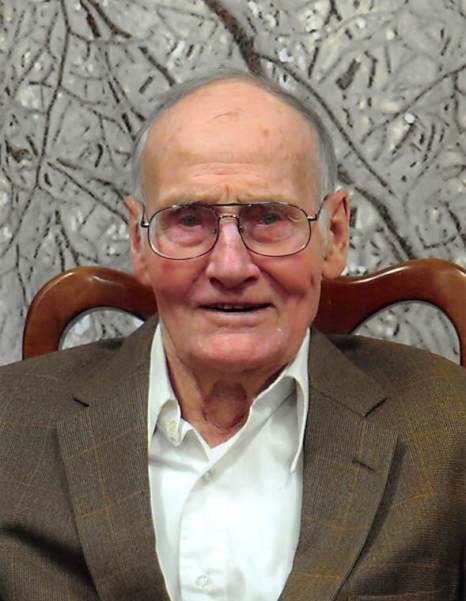 Arnold Lyle Hayer, 91, died peacefully in the night of December 17, 2019. Arnold was born on July 24, 1928 in Stratford, Iowa to William Ethan and Oma Hayer. His family moved to Minnesota in 1932, and he lived the remainder of his life in the Hoffman area. He farmed along with his brother, David, and David's family, in rural Hoffman from 1942 until his retirement. Arnold served in the United States Armed Forces from November 7, 1952 - November 6, 1954 and was honorably discharged at the rank of CPL (T). He loved to tell stories and reminisce about his time spent in Fort Sill, Oklahoma, training others on the artillery.

Arnold dearly loved his family, spending time on the farm, gardening, long walks, hunting, and "loafing" under a shade tree on a hot day. He had many dear friends and neighbors throughout the community.

Arnold was preceded in death by his parents, William Ethan and Oma, and his siblings, Ruby, Howard, Bill, Margaret, Alva, Richard, Laurence, Mildred, and David. He is survived by his Sister-In-Law Shirley, (i) Niece, Genevie (Jim, previously deceased) and their children and grandchildren Sheila, Larry, Emily (Jason) [Griffin, Tobin, Elsie], David, and Kayla (Nick), (ii) Nephew, Bill (Brandee) and their children and grandchildren Katie [Braxdon, Brogan] and Zachary, and (iii) Niece, Julie (Dave) and their children Courtney and Samantha. Numerous additional nieces and nephews, great-nieces and nephews, and great-great-nieces and nephews also survive him. Arnold loved and valued his extended family, and spoke of them often.

Funeral Service: 11:00 AM Saturday, December 21, 2019 at Grace Evangelical Free Church, Elbow Lake with Visitation beginning at 9:30 AM until the time of the Service.

To order memorial trees or send flowers to the family in memory of Arnold Hayer, please visit our flower store.