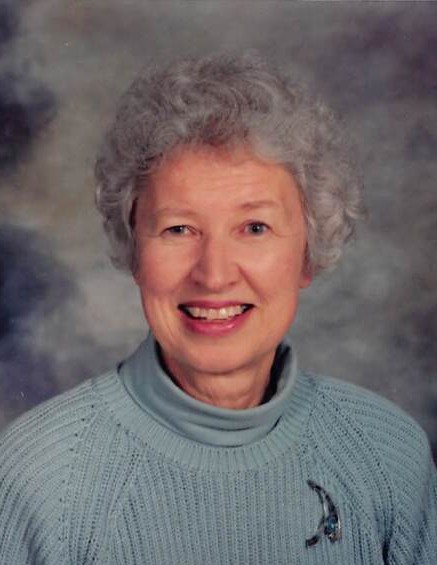 Angeline Carol Kamrud was born August 21, 1937, to Julius and Nora (Reisrud) Kamrud in Starbuck, Minnesota.  She was baptized and confirmed at Immanuel Lutheran Church of rural Starbuck and attended School District #53 through eighth grade, transferring to Starbuck Public School through her Junior year, and graduating from Parkers Prairie High School in 1955. She continued her education at Luther College in Decorah, Iowa, receiving a Bachelor of Arts degree in Elementary Education in 1959. She taught school in Olivia, Morris and then in Elbow Lake.

On April 13, 1963, Angie was united in marriage to William “Bill” Nelson in Parkers Prairie, Minnesota. They lived in Elbow Lake where they farmed and operated Nelson AERO-AG Service.  Later, Angie helped with the Sand & Gravel business, worked at the medical clinic and eye clinic.  However, her favorite job was 'granny nanny' for two of her grandchildren.  She enjoyed reading, crossword puzzles, making mints and sugar cookies for family and friends.  Angie was a member of the hospital auxiliary and was involved with Bargain Bazaar, First Lutheran Church then United Lutheran Church, took part in Ladies Aid, taught Sunday School and helped Bill with the church cleaning.  She volunteered with Elbow Lake Agnes Lynne Elementary School which is now the West Central Area North Elementary.

Memorial Service: 11:00 PM, Saturday, August 14, 2021, at United Lutheran Church in Elbow Lake with visitation one hour prior to the service.

To order memorial trees or send flowers to the family in memory of Angeline "Angie" Nelson, please visit our flower store.