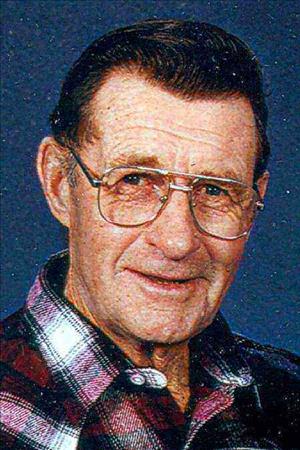 Alvin W. Rathke, 89, of Hoffman, passed away Wednesday, November 9, 2011, at the Good Samaritan Center in Hoffman. Funeral services for Alvin Rathke will be held at 2:00 pm on Saturday, November 12, 2011, at Messiah Lutheran Church in Hoffman. Visitation will be one hour prior to the service at the church. Burial will be in Aeneas Cemetery, Stevens County. Alvin was born on September 17, 1922, in Grant County to Walter Rathke Sr and Rosa Abel. He was baptized in the Lutheran faith on October 8, 1922, and confirmed on June 27, 1937, at Zion Church in Hoffman. He worked for his grandparents before marrying. On September 25, 1944, Alvin was united in marriage to June Hellberg at her family's farm in Stevens County. They farmed in Stevens County; Alvin was a farmer all his life, and he was proud of his herd of dairy cows. When he quit farming, he helped his wife with the gardening and raising vegetables to sell at the farmers market. He sold many 100-pound bags of potatoes. He enjoyed trapping pocket gophers for anyone. Alvin was a proud husband and father, grandfather, and great-grandfather. He was always ready to help anyone who needed help and never turned anyone down. He was a member of Messiah Lutheran Church; his faith in God was very strong, and he was saddened when he was unable to go to church. He is survived by his wife, June of Hoffman; sons Warren (Delores) of Morris, Wayne of Alexandria; granddaughter Laurie (Mark) Torkelson of Kensington; great-grandsons Cody and Chase Torkelson; and a brother, Lorenz (Gail) Rathke of Goose Creek, South Carolina. He was preceded in death by his parents; a brother, Walter Jr.; and sisters Ardella Klein and Luella Rathke.

To order memorial trees or send flowers to the family in memory of Alvin Rathke, please visit our flower store.