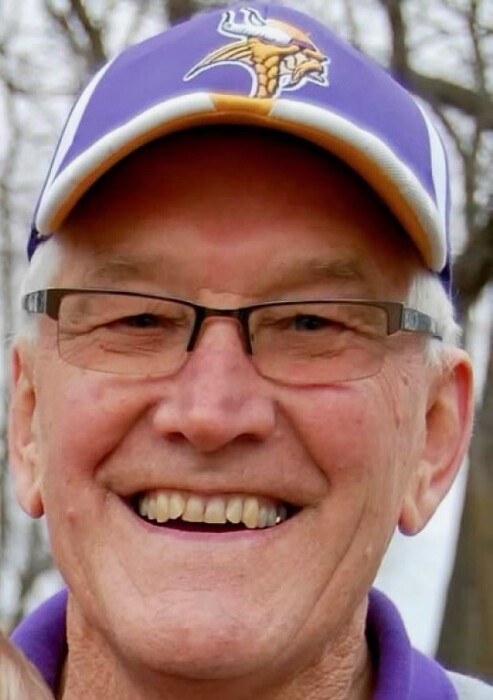 Allan Gene Schneeberger, 87, passed away at the Little Falls Care Center on May 29, 2022. At the end of his life he endured a battle with Lewy Body Dementia, during which he was lovingly cared for by his devoted wife Carla, and in his last few especially challenging months the wonderful nurses and volunteers of Heartland Hospice and the Care Center.

Allan was born on a farm in Sanford Township, Grant County, MN on July 31, 1934 to Walter and Opal (Olson) Schneeberger. He grew up on the farm and graduated from Elbow Lake High School. He served in the US Army beginning in 1957 and was honorably discharged in 1963. Allan was married to Judith Swanson in 1956; they raised four children together, and later divorced. On May 5, 1978 Allan married Carla Frees-Hoeft and they raised three children together. Allan was a lifelong farmer and gardener in Grant County, MN, just recently moving to Alexandria in 2015, Baxter in 2021, and finally Little Falls, MN.

Allan’s farming career began as a young boy tending the garden and animals, and “picking” eggs with his dad and brother. He raised chickens, beef cattle, and farmed crops. In his younger years he enjoyed bowling on his team, the “L-Bowl Herefords” with brother Wayne, cousins Lorn and Eldrin, and Uncle Otto. Throughout his life Allan enjoyed many activities with his family and community. He was a nearly life-long member of Christ Lutheran Church in Elbow Lake serving in many ways, including singing in the choir. One of his most cherished memories was singing in the Schneeberger Quartet with his brother Wayne, and cousins Lorn and Eldrin; along with singing tenor in the Grant County Barbershop Chorus.

Allan enjoyed playing whist at the Schneeberger card parties, ping-pong, pool, basketball, card games, and Yahtzee. He had many fond memories of visiting his sister Carolyn and brother-in-law, Rodney at their campsite at Tipsinah Mounds Campground, as well as camping with Carla and children in many areas of Minnesota and the US. After his retirement he took great pleasure in working as a farmhand for his dear friend, the late Mike Anderson (Hoffman, MN). He attended the Minnesota State Fair most every year where he familiarized his kids with “Machinery Hill” and “some good music”, and was willing to stand in line for quite some time for a strawberry (sometimes chocolate) malt in the dairy building. Allan treasured a good visit with people and family get-togethers; especially when it included his favorite foods: Carla’s home-cooking and “bars and coffee.” After enjoying the food and visits he would frequently declare that he was “sufficiently suffunctified!”

Reading the newspaper, listening to the radio, watching the Vikings, and Gopher’s basketball games were favorite pastimes. Allan liked to keep life simple and found joy in the little things. He had a very kind and witty sense of humor that brought a lot of laughter and joy to our lives. He will be greatly missed.

He was preceded in death by his parents Walter and Opal, brother Wayne, father-in-law and mother-in-law Carl and Vi Frees, brother-in-law Peter Frees, sister-in-law Jordy (Frees) Hageness, cousin Lorn Schneeberger, aunts and uncles, and cherished cousins too numerous to list.

Visitation will be held at Erickson-Smith Funeral Home in Elbow Lake on June 7, 2022, 12:30-1:30PM, followed by a time of fellowship, bars and coffee at Christ Lutheran Church and Graveside Service at Zion Lutheran Cemetery. Allan’s family wishes to extend sincere gratitude to everyone who shared in Allan’s life.

In lieu of flowers, memorials preferred to Heartland Hospice of Minnesota, or donors preferred charity.

To order memorial trees or send flowers to the family in memory of Allan Schneeberger, please visit our flower store.