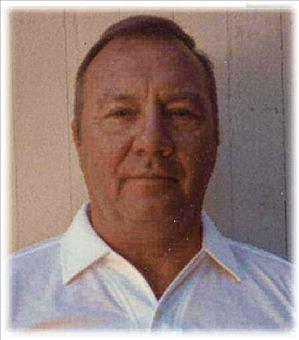 Allan Duane LaValley was born on February 17, 1934, in Underwood, Minnesota, to Perley and Lilac (Olson) LaValley. He attended the Clitherall elementary school and continued his education in Battle Lake, where he graduated in 1952. Allan worked in construction for Herbason Construction of Brainerd and also served as a special deputy for Russell Broberg with the Otter Tail County Sheriff's Department. In September 1956, Allan enlisted in the U.S. Marine Corps where he served for two years. He was honorably discharged in October 1958, with the rank of Sergeant. After his discharge from the Marines, Allan purchased a semi-truck and hauled machinery and grain throughout the country. On January 21, 1961, Allan married Marjorie Dianne Leth at Sisseton, South Dakota. The couple lived in Clitherall until moving to Elbow Lake. In October 1961, he became the Chief of Police for the City of Elbow Lake, a position he held for 28 years, and retired on September 29, 1989. He also did cemetery work from the early 1960's for Loren Erickson, then Lowell Smith, until 1991, when he sold the business to his son Bill. Allan was an avid hunter and enjoyed many trips to Canada. He enjoyed hunting fox and wolves from a plane and shot a bull caribou in Alaska. Allan was a member of the Elbow Lake Fire Department. He was a member of the Elbow Lake Masonic Lodge where he served as Past Master; he later transferred with the group to Alexandria. Survivors include his wife Marjorie of Elbow Lake; daughter Nancy Evans of Cheyenne, Wyoming; and sons Gregory of Fergus Falls and William of Elbow Lake; eight grandchildren, Shawn, Cory, Brynn, Amy, Mark, Taylor, Luke and Cole; two great-grandchildren, Carter and Ava; and sisters Janice Ramsey of Fergus Falls, Marlys (Emil) Madsen of Battle Lake, and Dorothy (Orrin) Schueler of Alexandria. He was preceded in death by his parents; a brother, Verdell LaValley; and a sister, Noreen Carr.

To order memorial trees or send flowers to the family in memory of Allan LaValley, please visit our flower store.