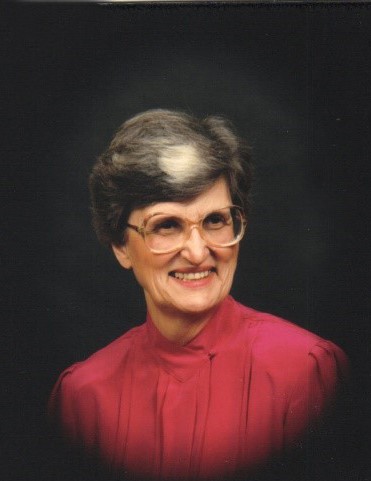 Adeline Clarice Leraas passed away peacefully in hospice care at the Hoffman Senior Living facility on December 23, 2021, at the age of 92. Adeline was born to Anton and Clara (Hesjedal) Leraas on March 26, 1929, on her family’s farm near Alamo, Divide County, North Dakota. She was baptized on April 25, 1929, at Trinity Lutheran Church in rural Alamo. In 1937, at the age of 8, Adeline moved with her family to a farm near Barrett, Minnesota in Lien Township where her parents had grown up. She was confirmed on May 9, 1943, at First Lutheran Church in Elbow Lake.

Adeline graduated from Barrett High School as valedictorian in 1946, having started school a year ahead of her peers. She then graduated from Northwestern School of Nursing in June, 1949, again at top of her class.

While working her way up to Head Nurse at Northwestern Hospital, she attended the University of Minnesota, obtaining her Bachelor Degree with High Distinction in 1954. From 1954 to 1961 Adeline worked as an instructor in Surgical Nursing at Minneapolis General School of Nursing.

Adeline obtained her Master of Education Degree from the University of Minnesota in 1962. She served as an Assistant Professor of Medical Surgical Nursing at St. Olaf College, Northfield, MN from 1962 to 1970, then as the Director of Nursing Education at Mount Sinai Hospital from 1970 to 1988. From 1988 to 1990 she served as Education Specialist and Supervisor of the Education Department at Metropolitan-Mount Sinai Medical Center and concluded her remarkable nursing career as a Nursing Instructor and Tutor at the College of St. Catherine, St. Mary’s Campus, from 1991 until 1996. She was an advocate for social justice and ethics throughout her life.  She was so admired by her nursing students for her caring and loving manner.

Adeline was a member of the American Nurses Association, the Minnesota Association of Health Education and Training, Sigma Theta Tau, the National League for Nursing, and the Northwestern Hospital School of Nursing Alumni Association. She served on the advisory committees for St. Mary’s Junior College, the Minneapolis Technical Institute, the Hospital Home Health Agency, and the St. Paul Vocational Technical Institute.

Adeline was remembered for participating in more than 25 productions of the “Messiah Players,” including roles as Mother Superior in “The Sound of Music” and Mama in “I Remember Mama.”

Memorial Services for Adeline will be on Friday, December 31 at 2 PM with visitation starting 12:30PM at Peace Lutheran Church, 218 Church Street, Barrett, MN.

Internment of ashes will take place at a later date at Immanuel Church Cemetery in Lien Township.

Arrangements are being made through Erickson-Smith Funeral Home, Elbow Lake, MN.

Memorials may be made to Messiah Lutheran Church or Lutheran Social Services, both at 2400 Park Ave, Minneapolis, MN 55404, or as desired.

To order memorial trees or send flowers to the family in memory of Adeline Leraas, please visit our flower store.